When I was in college one of my part time jobs was being a pizza delivery driver. I enjoyed the job as I got the chance to listen to music while driving around town with the best night of the week being Friday nights because I got to listen to a show that was broadcast by my Alma Mater Cal State Long Beach called Jazz on the Latin Side: http://www.jazzandblues.org/programming/hosts/bios/?host=Jose%20Rizo. The host of the show is a gentleman by the name of Jose Rizo and he was always very pleasant to listen to while sharing some of the most amazing music out there.

One night was most special because Mr. Rizo came on the air and said that he had just come across a new CD that really amazed him and that he didn't want to say anything further because he wanted to play the title track without any delay. It was from a group from Santa Barbara, CA called The Estrada Brothers and the name of the track was "About Time." https://www.youtube.com/watch?v=c891rOf62p0

Once I heard the opening groove I could feel my eyebrows go up as I hadn't heard someone lay it down like that in a long time. It didn't take long for me to take notice to the fact that while they did have some Latin percussion in the song that the group was actually driven by a guy on the drum set, which was the preferred rhythmic language that I talked. Later in the song this drummer took a solo that almost caused me to crash because I was cheering loudly while driving to my next delivery.

That was definitely one of those moments when a drummer wowed me, to say the least.

Soon after that night I had a birthday and it was around that time in my life when I would just go out and buy myself a present rather than wait to see what other people would get for me. Immediately I was at my local Tower Records and went straight to the jazz section in order to find this now coveted CD that I wanted. And there it was! 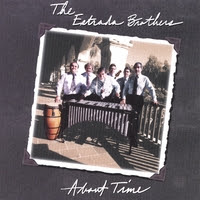 Right away I was amazed at what I heard. The band was stellar as band leader Ruben Estrada played the vibes like no one else in the world. The rest of the band was just as amazing but my biased ears wanted to hear more of this amazing drummer who I soon found out was Ruben's son Ruben "Cougar" Estrada. I spent the rest of the afternoon listening to their amazing music.

First off, the CD is amazing in its totality. Many artists claim that they despise the fact that people can download songs now because it robs them of the opportunity to make the money they would normally make back when people had to buy the entire album. While I do sympathize with such an idea I also don't blame the consumer for purchasing only what they want because frankly, many CD's aren't worth buying because there are too many filler songs. Sadly, I notice this to be the case most of the time in the jazz genre so I was ecstatic when I found out that my purchase of this CD was in fact worth every dime I spent that day, which in itself wasn't easy because that's when I was on a poor college student's budget.

The best way to describe Cougar's drumming is that he is a brilliant painter while also having a thunderous groove. He is a brilliant painter because he has a beautiful way of playing the traditional Latin rhythms with his cymbals, which in itself provides a light texture that doesn't overpower the vibes, which acts in most cases as the lead instrument. His thunderous groove is in the fact that when he has to push because he really kicks the band hard. But his groove also has a ton of soul to it so it really makes you want to move. He is also great and setting moods to the music such as the circular feeling he gives the listener when he plays through the 12/8 section of "Two Friends." 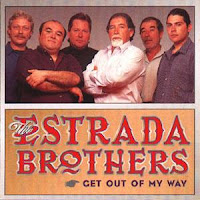 \
Cougar's brilliance also extends to the next CD titled "Get Out of My Way." This time we get to see him move through different types of grooves while also playing through various moods such as on the song "Tin Tin Deo" https://www.youtube.com/watch?v=atezyieK6ZU. He also continues his beautiful coloring of the drum set on tracks like "Blue Bossa." https://www.youtube.com/watch?v=uKc6pXiNZk0. This CD doesn't feature as much of his thunderous groove but it really shows his musicality in ways that wasn't seen on About Time, which is a music lesson in itself.


Aside from performing with The Estrada Brothers Cougar also performs with Los Lobos and his own musical projects. To this day he is one of the most musical drummers I have ever heard because he really knows how to play a song. Too often we only hear about song drummers when it comes to pop music as if pop songs were the only true songs that are written. That is just not true because it takes great talent to write a good song in any genre. The Estrada Brothers do a great job not only with their great original material but also with their arrangements of popular favorites as they offer renditions of these songs are in most cases very refreshing. None of this could be done without the brilliance of Ruben "Cougar" Estrada. 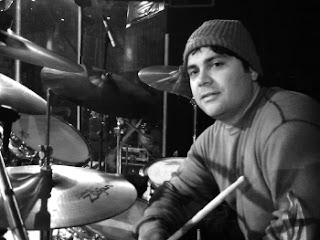 Posted by CSolorzano at 2:57 PM