"Back Where You Belong:" Returning to the Stage with the Tony Corrales Band

On numerous occasions many who have waited for the return of the Tony Corrales Band have uttered these words to me: Carlos, you are back where you belong. Honestly, I couldn't agree more and while so many people tend to focus on what we were known for onstage there is in fact so much more to the band than that.

It all started for us in early 2012 when we had our first rehearsals. Right away there was a great chemistry and friendship among the original members which included Tony Corrales, Joey Cota, Mike Yanoska and AJ Gonzales. Right away we had some great jam sessions and tons of laughs in between those hours of working to perfect our craft. As time went on some members decided to move on to other things, which led us to adding Thomas Charbonneau, Robert Rojas and most recently Alex Quinonez to La Familia. It didn't matter who we had though because each person has been a brother to all of us and an outstanding musician to work with.

Our first gigs were magical. Deep in our hearts we knew that we had something special going on but those first roars from the crowd affirmed all that we had done to earn our shot onstage. Aside from that, we were also given many opportunities to perform on different stages all over Arizona from local watering holes, private parties, casino after party gigs for national acts to providing pre-show music for a big Vince Gill concert at AVA Amphitheater. Most of our gigs have been outstanding and whether it was a great gig or a night where we had some rough spots we stuck together and did what we had to do as a team to move forward.

Recording and releasing our own music has also been a great joy for us. To hear that our music has been played on various country music radio stations all over the nation has been an honor. Aside from that, our first music video has been well received and we are looking forward to making another one real soon: https://www.youtube.com/watch?v=oFH-KqkU0Lg

Aside from that we have had our ups and downs as a family. We have stood by each other when one of our brothers lost a family member, encouraged each other when one of the brothers was going through a tough time personally and worked through our disagreements, even if we needed some time away from the fold. All of that is the root of what this band is about and now that we are back in the public eye again people are going to see not only a great band but also a united band as we are more than just musicians doing our business onstage. We genuinely love the music we are playing, we care about each member of the band and we love each member of the audience who we also see as our extended family.

Life is very unpredictable and unfortunately we've had our moments when the band needed to go on an extended hiatus. The good thing about it though was that it didn't have any impact on our love and respect for each other. While we all would have preferred to stay together without any type of interruption there are times when people need to do something else and/or find their own way. Eventually all roads lead back to TCB and here we are, again!!!!

I remember the feeling I had when we had our first rehearsal in order to prepare for our return gig at the Tropico Lounge at Casino del Sol. We met, we hugged it all out, set up our gear and then it was time for me to start the first song. I was so excited to feel the energy come from my brothers again and it was nothing short of amazing. Once that song was over I just shook my head and couldn't believe we were back to doing our thing again. There were moments when I just lowered my head and took it all end. I took a few breaths and was actually surprised that tears didn't fall from my eyes because it was a true homecoming for me.

For that reason alone the first gig back couldn't come any sooner as I was more than ready to pound those drums.

The next two rehearsals continued to show progress as we added some different flavors to those familiar songs in our set list while also adding some other great songs. I was really excited to bring it all to the people because all of the songs were going to be crowd-pleasers since they had great hooks and grooves.

The day of the gig arrived and I was so glad that I had a lot to do at work that day because it helped keep my mind off of wanting to load my gear and head off to the show. Before I knew it that was exactly what I was doing and to my surprise my truck was loaded pretty quickly. I brought along some live KISS albums in order to get me a little pumped up for the show (as if I really needed any more excitement) and while I did obey the local speed limits I arrived quickly to the loading area at Casino del Sol.

It didn't take me long to get my drums ready for the show with the best part of setting up being the moments when the other guys in the band showed up. We were all hugs and smiles as he couldn't wait to hit the stage. I guess our following was just as excited since many of them arrived early as well. It was good to see some old friends as my time away from the country scene also meant that I didn't see a lot of these wonderful people for several months.

The next thing I know we're backstage changing into our stage clothes. Then all of the guys got into a huddle, said what we had to say to each other and about the show and then the announcement was made: Please welcome the Tony Corrales Band!

We hit the stage with more energy than we had before and the response from the audience was amazing. The dance floor was full while others sat around and sang along to the songs. I have no idea how many people I waved from the stage but every one of them had a huge smile on their face.

Lead singer Tony Corrales was back to doing what he does best for the first time in quite a while. From what I could tell he didn't miss a beat and I could see that the audience was more than happy to see him onstage again. Then there was lead guitarist Joey Cota throwing down those blazing lead lines while also filling the songs with his sweet licks while people screamed his name from the crowd. Acoustic guitarist Robert Rojas was a solid rock as he filled in the groove while also adding some great background vocals before performing many great lead vocals of his own. Now, we add bassist Alex Quinonez to the mix who joined us onstage for the first time. He is a pro musician in his own right and did a great job making his debut with TCB. He was solid as a rock as he thumped his bass along with my bass drum as we kept the dance floor shaking and moving.

The TCB family was also joined onstage by our old acoustic guitarist Mike Yanoska who added some background vocals and a little mandolin when needed. It was good to have him there again and as usual he added so much to the sound of the group. Finally, to further show the true connection we have with all of our brothers I received a text message from our old bassist Thomas Charbonneau right before we hit the stage as he greeted us and wished us well. It was so good to hear from him especially at that point in the evening.

Honestly, the set flew by for me as I had a blast that night. If I wasn't grooving onstage I was out in the crowd during the breaks greeting old friends as well as my amazing co-workers who also came by to offer their support. Performance wise I felt really good and stronger than expected as I hadn't played a four hour gig in close to five months. I also felt really good because my drums sounded really good that night as I had made some extra adjustments both at home and when needed before sound check. Therefore, all of my preparations both physically, musically and equipment wise worked out for the best as I was proud to do my part to give the people the show that they expected from us.

When I finally got home I washed up and went to bed but couldn't sleep right away as I was still pretty wound up from the evening. I caught myself smiling quite a bit as I hit the pillow as all I could do was feel most grateful for what turned out to be an amazing evening at Casino del Sol. Whether it's being with the guys again or seeing my wonderful friends, it was just a great time that I didn't want to end. 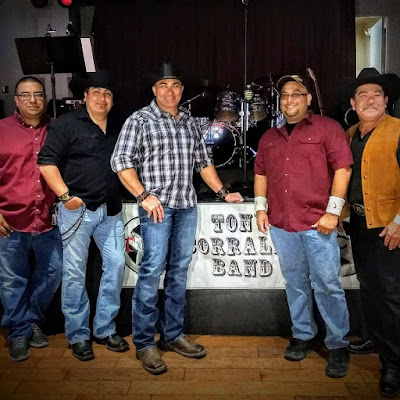 Posted by CSolorzano at 6:44 AM