Roger Taylor: The Groove Behind the Hits

While growing up the 1980's I was surrounded by other kids who rarely appreciated the fact that you could love different styles of music. My social circle of choice was the hard rock crowd but my family upbringing always involved loving all kinds of music so it wasn't uncommon to see me watching MTV (back when they actually played music videos) and enjoying the variety or artists in their rotation (yes, there was a time when they played more than hip hop and angry females with acoustic guitars). That would include the various hits by the British pop group Duran Duran.

Here was a band that not only knew how to write pop songs but incorporated so many other elements into their music from soulful grooves as well as the use of electronics and sounds that grew out of the developing musical technology of the time. That and the fact that many of their songs had some deep lyrical themes that really held the attention of the listener.

Yes, the band had a strong image and that was most important back in the heyday of music videos as such method of marketing helped sell records. Unfortunately there were those who never saw past the image of Duran Duran, thus, failing to see the musical brilliance of the band that has now gone on to leave a lasting mark on the music industry while continuing their 40 year career as a group.

Roger Taylor was the drummer that began with the group in 1979 and would remain with them until 1986 when they decided to take a break in order to recover from their grueling schedule while also stretching their musical muscles in other musical projects. When the band reconvened Roger would not rejoin them so the group went on to work with a number of great studio drummers. The band continued to write and release some amazing music for many years but the one thing that remained in the background was that the amazing Roger Taylor was no longer the drummer of the group.

Roger continues to be one of my favorite drummers to this day and in saying that it is not just from looking back to some songs from my youth that offer up some great memories. No, Roger returned to the group in 2001 and has been part of a large catalog of great music that was created from the band's post 80's era and I enjoy that music as much as the classic songs. The band continues to write amazing songs and Roger's drumming is as good as ever.

Roger began his performance career in various school and club bands before he became a part of the Birmingham punk scene as well as the new wave/punk scene. That would eventually lead him to become a regular at the Barbarella's club before joining Duran Duran, which meant that he had a decent amount of performance experience before going in a different musical direction.

It was in Duran Duran when he not only expanded his vocabulary of groove but also helped create a unique sound with bassist John Taylor. This began by taking his energetic and certainly more aggressive style that he learned from his most recent musical experiences along with his love for bands like The Rolling Stones, Roxy Music and Chic and mixing it with Taylor's love for both disco and R & B influenced bass lines. Their musical brilliance and unique solid groove continues to this day.

In this discussion I will offer some insights on the musicality of this amazing drummer whose feel and presence have left a permanent mark on the music world. One quick note, while the band's classic tracks are certainly great examples of Roger's drumming many of the tracks being discussed in this blog are from the album Astronaut, which was released in 2004 after the reformation of the original lineup along with a number of live tracks, which offer a better presentation of Roger's drumming. This is not only a testimony of Roger's lasting musical abilities but also how important his contribution was and still is to the group.

In other words, give the drummer some.....respect!

I love rock music so I have always loved powerful drummers who are the unshakable foundation of the band. This kind of drumming was not common is most 80's pop bands so imagine the impact Roger's sound had on Duran Duran since his presence only strengthened the groove of the group.

A View to a Kill: https://www.youtube.com/watch?v=APpKkI_5qHY

If you're going to write a song for a James Bond movie it has to support the iconic character that has inspired millions of fans for decades. Duran Duran was up for the challenge but this song would not be what it is without Roger's powerful groove. No better example than the live version of this amazing song as it releases Roger's raw drumming to help tell the story without all of the studio magic.

This is a song that shows a lot of musicality within Roger's power. I have always loved the way he plays the toms with what I call a perfect presence. The groove is rock solid and is most needed over a song where vocalist Simon Le Bon offers one of his most aggressive performances on the chorus. Roger's stability is the foundation that keeps what sounds like a band standing its ground approach.

Yes, this song is known for it's funky groove but this live version shows how a band can't take the energy that you hear on a famous recording and take it up a notch. Not only does Roger throw down his trademark strong groove but adds some tasteful fills that add more color to this fun song.

A great song with that trademark Duran Duran dance hall/models walking the runway/hanging at an art show vibe. And since it's live the energy level is astounding as the band truly delivers thanks partly to Roger's powerful drumming. Then there is the big surprise where Roger trades solos with touring percussionist Dawne Adams as the two of them offer some melodic rhythmic phrasings over the groove. This is a song where we get to hear Roger's tasteful musicality and serious chops.

While Roger is certainly capable of playing with a powerful presence he is also more than able to perform with great sensitivity. In doing so he not backs down to a respectable dynamic level but also offers some great color to the sound of the band. Here are some examples of Roger's musicality:

One of the most hypnotic songs ever written as each member is at the top of their musical game. The mix of the passionate story that is told by vocalist Simon Le Bon while keyboardist Nick Rhodes sets the scenery that is painted over John and Roger's groove is brilliant. Roger's drumming is not only solid but also gentle with some beautiful grace notes and light touches, almost as if it is playing the male lover in the song who is showing such affection to his female companion.

This is such a great example of how a groove can also help set the mood. In this song Roger supports that mood with his trademark solid groove along with the grace notes that keep the groove going in a smooth way. If you listen carefully you can hear how his groove helps express the mood of the story told by Le Bon.

Roger always spoke highly of the songs that the band recorded while he was away. Here is one of the band's most emotional songs and what's amazing is how Roger not only supports the song in the most musical way but performs with such ownership that would probably surprise many when they would come to find out that he was not on the original studio recording. His groove and accents are executed perfectly while his fills add his signature color to Le Bon's emotional performance.

Slow and light grooves are not easy to execute and not something that one would expect from a powerful drummer. In this case, Roger adds some light stability to the background even when he starts to get a tad busier as the song progresses. It is no wonder that many fans call this recording one of the finest performances on a album of cover songs that pay homage to many of the band's favorite artists. It was certainly an exciting time for the fans of the group as Roger returned in 1995 to lend his hand on this track originally done by Lou Reed.

Any time you get Roger together with bassist John Taylor it's going to be exciting...and funky! So when the word got out that Roger was returning to the band I was more than excited to hear those signature grooves from the past along with what they would come up with once the band started to release some new material.

Roger is a big fan of those dance hall beats as he has been a working DJ for several years. This song shows his ability to nail that dance hall feel as he throws it down during the verses before he brings out his signature power in the chorus while John is right there with him.

Sometimes you just need to get funky even when it's straight and simple. Not only does this groove feel good under a song that is kind of funny as well as bizarre Roger's solid precision keeps it all together from start to finish.

Here we have that dance hall feel again but in this case he is allowed to add a little more teeth to the back beat. Once again, we see that feel that only Roger could provide as he is able to give us the soul as well as the power.

This classic track shows Roger's ability to really propel a band along with those trademark dynamics. The groove is amazing as John's bass line offers a smooth layering over Roger's drums. Then the break down section somehow drops down while continuing the up tempo motion. Back in the day one would get the feeling of being on that yacht that propelled the band in the music video before seeing the short film. This song would be a preview of what we would come to know about Duran Duran: a band that writes pleasant sounding songs that also give a vivid picture of the story they are telling.

Duran Duran wrote some of the most popular songs in the history of pop music so their impact on the music industry is without question. For those who know their music well also know that one of the signature pieces of this music is that famous Taylor groove. Therefore, Roger Taylor is the drummer behind some of the most famous grooves in music history and he would never take such credit without including John's bass playing as part of that legacy.

Too many times people judge a group based on their image or level of success. Pop musicians recognize the full package that an audience wants when it comes to giving their audience a complete performance and Duran Duran continues to be one of the best when it comes to delivering the goods. Thankfully, they had Roger Taylor to establish the foundation of the group before returning years later to continue his amazing legacy. 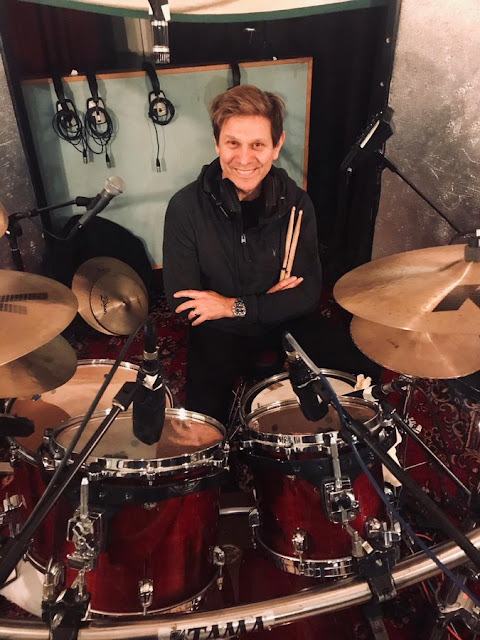 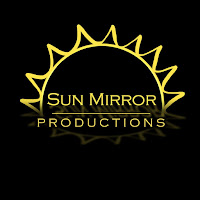 Posted by CSolorzano at 3:56 AM