Last week I was enjoying a nice evening at home as I sat at my desk and did some writing. It was the end of a great day as I had just arrived home from an appointment with my orthopedist. My fractured leg was now fully healed and it was now time to focus on physical therapy. I was relieved to finally have that walking boot off when I received a text from a dear friend...Tony Corrales!

We went back and forth a bit with a little bit of small talk and then continued our conversation the following day via email as I was on a bus taking my St. Augustine Catholic High School Thunder Wolves Percussion Ensemble to the State Capitol for a performance at the Catholic Schools Rally. Soon he brought something up that I suspected might be on his mind and that was the idea of putting the Tony Corrales Band back together.

Some of you might recall in one of my recent blogs that I had planned on stepping out of the country scene for a while: http://desertdrummer.blogspot.com/2018/01/time-for-change.html But, I also know from many years of experience that when one makes a change in their life musically that it usually leads to some type of surprise. This was not the surprise I expected and I am most grateful to say that this was a most pleasant surprise.

I can't put into the words how much the possibility of this happening excited me because I have missed my band of brothers for the past year but, most people already knew of my plans to have a much less demanding schedule once I returned to the stage. Before I could bring that to the table Tony stated that he too wanted to work with a schedule similar to mine as did the rest of the guys as we are all people with families and a home life (this also leaves me room to work with Sonoran Sol http://desertdrummer.blogspot.com/2018/02/the-return-of-sonoran-sol.html and to still have lots of time for my family and my own creative endeavors).

There are so many reasons why this band means so much to me. I started working in this group back in 2012 and had been with them through early 2017. From the first rehearsal we had a very special chemistry and I knew right away we'd have a great run once we hit the stage. Playing music with these guys was such a gift and that is why every gig felt like a party.

During that time we also had our moments of stepping out of the music scene for various reasons from taking time off for family activities, illnesses, the passing of some of our loves ones, lineup changes or other bumps in the road. Still, no matter what happened we always found our way back to each other.

Finally, the thing that has always meant the most to me is the absolute transparency that we've had with each other since the first day we got together. I have never been in a band where business was so easy due to the fact that everyone has always been straight up with each other. The guys are also quick with compliments and with picking each other up when we needed it and just as straight with each other when anyone dropped the ball. It wasn't always comfortable but it was real and that's why there was always great trust within our circle.

Therefore we all know that we have a bond that cannot be broken and that came from not only playing lots of gigs together but also experiencing life's ups and downs just like a true family. Some of those rough spots were the struggles that come from being involved in the music business. Many people are completely unaware of the fact that even a working local band must have a united front because of the tough business practices that are still a reality for such bands. I was always proud of the fact that the members of TCB always had each other's backs, which meant that if you crossed one of us you had to deal with all of us.

Aside from the gigs the other thing I had missed were our rehearsals. These were the moments when it was just us in our sloppy clothes in the same room facing each other as we played music together. Sometimes the songs sounded great and sometimes they didn't but it didn't matter because the brothers were together and having a great time. Of course we had breaks in rehearsal or just hung out a bit afterwards and whenever that happened it was always full of joy and laughter. Then those goodbye hugs were as real as they got and...yeah, I should stop before I start cutting some onions.

Of course the man whose namesake is written across our banner, the great Tony Corrales, is the both the face and the voice of the band. He has amazed so many people for years with his amazing voice along with his great stage presence and I know that there are so many people out there who are more than happy to hear that he is going to perform again. The man loves the songs he sings and everyone could always see that during his performance. Having the chance to return to the stage with him again will definitely feel like a homecoming because when it comes to playing country music I know that this is the band I belong with and his voice is the defining factor of this band.

Then there is the amazing Joey Cota whose lightning leads and powerful stage presence brings a special type of energy to the band like no one else. He is a true brother to me as we have done over 130 shows together. People love Joey's playing and stage presence and he is the kind of performer who really feeds off of the crowd so this is even more reason for me to be excited about our future gigs. I have always enjoyed throwing down a groove and watching my brother move along to my beat. More than that, we've always had those moments on stage where we just lock eyes and smile when we knew that we are feeling it.

Robert Rojas will continue with the band on rhythm guitar and vocals but that alone doesn't display the musical talent that this brother has. Aside from being the best rhythm player out there he brings a knowledge of music that enhances the sound of the band while also filling in spaces that only he can do. He is also the most precise of all when it comes to pulling a song apart so with his help we always  play the songs correctly, even when that means accepting his comments about my tempo. 😆 Aside from that, he also has a very unique and dry sense of humor and is able to rib me in ways that... well let's just say that he gets me good.

Finally, we welcome new bassist Alex Quinonez, who is someone I played with (along with Robert) in the Rock scene a few years ago. We had a short run together but created a special bond within our groove so once TCB knew that we had to find another person to handle the bottom end I jumped at the chance to tell the guys about my boy Alex. Alex brings both great skill, experience and enthusiasm to our group. I can't wait for you all to hear our groove once we hit the stage.

(An important side note: I need to give a shout out to the other members of the family. Mike Yanoska, AJ Gonzales and Thomas Charbonneau. Love you guys!)

I have always cherished my time with TCB so to have another chance to saddle up with my brothers again is such a blessing. I know we will create even more amazing memories and we can't wait to share it all of you who will be join us for the party...

...and the party begins on April 13th at Casino del Sol in the Paradiso Lounge.

We hope to see you all there! 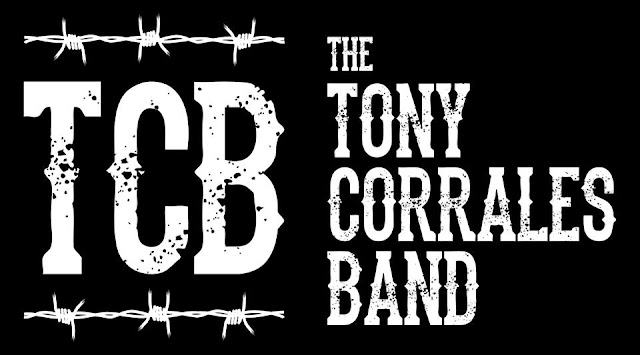 Posted by CSolorzano at 4:47 AM